Why should we Learn AngularJS

Why should we learn Angularjs? , the below stack overflow graph says it all. Its popular, its hot with lot of job openings. This article teaches you Angular step by step via 11 great Labs. So if you are here to learn Angular then you are at the right place and surfing the right article. 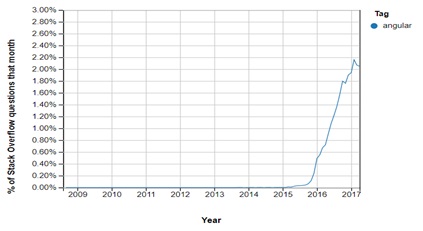 Do watch my Learn Angular in 8 hours video series which teaches Angular step by step.

How does this article teach you Angular ?

The best way to learn Angular or any new technology is by creating a project. So in this step by step series we will be creating a simple Customer data entry screen project.

This project will have the following features:- 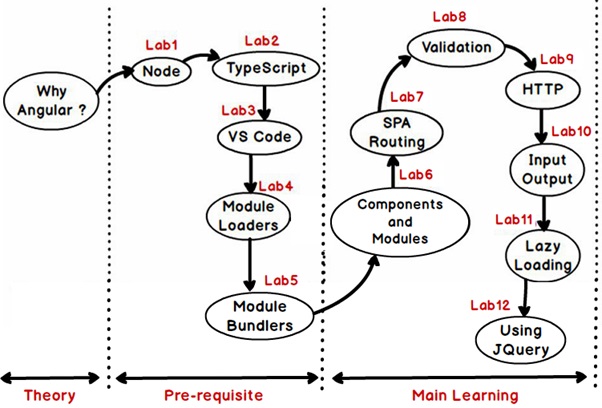 So above is the road map of how this article will teach you angular. It has three phases: -

Theory Phase:- In this phase we will understand what is Angular and why do we need it.

Main learning phase :- This is where actual angular starts. In this we will be having 8 labs and while covering those labs we will creating the customer data entry screen project as discussed previously.

So do not wait any more start LAB by LAB and STEP by STEP.

Why do we need Angular ?

Let us try to understand the above definition with simple sample code.

Below is a simple "Customer" function with "CustomerName" property. We have also created an object called as "Cust" which is of "Customer" class type.

So if we analyze the above code visually it looks something as shown below. Your both functions are nothing but binding code logic which transfers data from UI to object and vice versa.

In short if you now analyze the above code visually you end up with something as shown in the below figure.You have the VIEW which is in HTML, your MODEL objects which are javascript functions and the binding code in Angular.

To avoid this vocabulary confusion Angular team has termed this code as "Whatever". It's that "Whatever" code which binds the UI and the Model. That's why you will hear lot of developers saying Angular implements "MVW" architecture.

So concluding the whole goal of Angular is Binding, Binding and Binding.

So let us first start with the pre-requisite Node and typescript.